NBA Basketball Camp for Kids between ages 8 to 18! For FREE!

What is a better way to start the summer than a mixture of fun and sweat? Our camps are a safe haven for kids and teenagers who want to learn from the best.

The camps are personally supervised by NBA Star Enes Kanter and his expert associates. A lifetime experience and invaluable opportunity.

Every year, Maestro Sports has done an excellent job in holding basketball camps in the U.S., Canada and other parts of the world. We know how to do it. And how to do it the best. 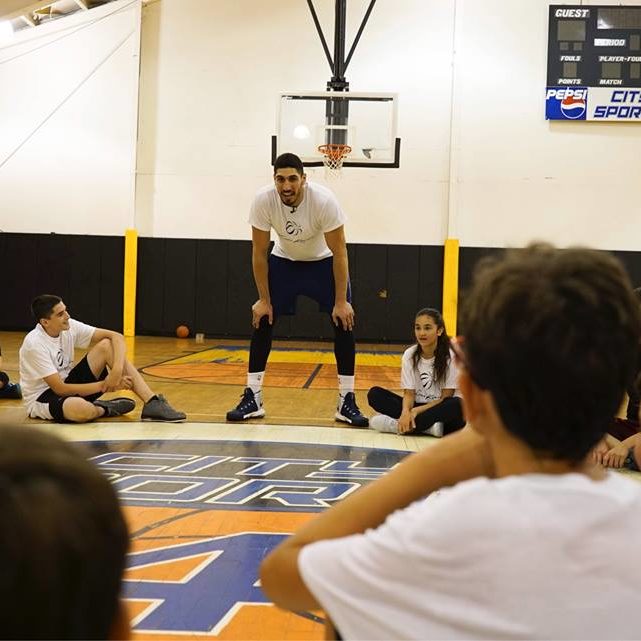 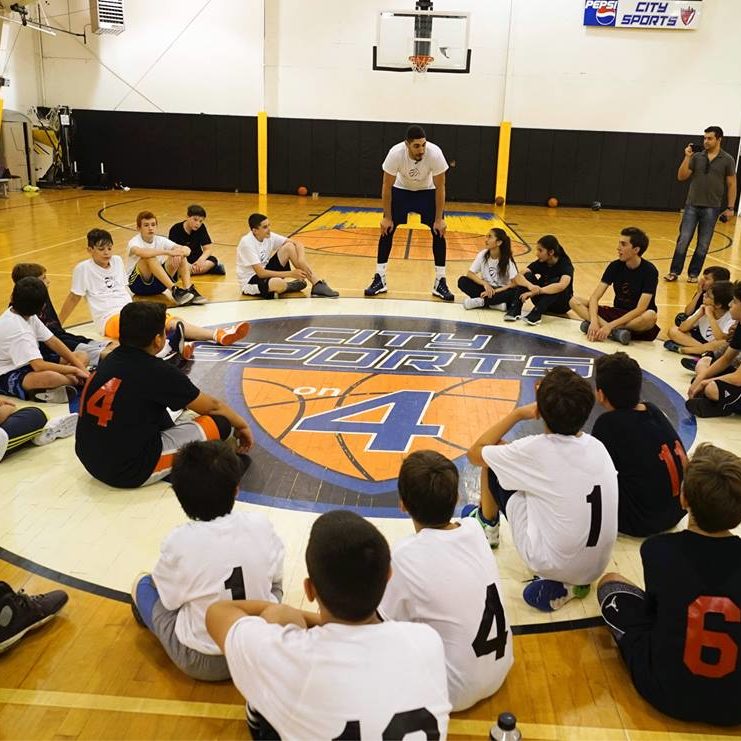 FULL CAPACITY, ONLY REGISTERED PARTICIPANTS WILL BE ACCEPTED

NEW JERSEY
Fill Out the Form – Confirmation emails will not be sent!
In consideration for the opportunity to participate in the MAESTRO Sports Summer Camp commencing between May, June & July 2019 (the “Activity”), the participant (“Participant”), and, if Participant is a minor, the Participant’s parent or guardian, (Participant and Participant’s parent or guardian are collectively, sometimes referred to herein as “Releasor”), on behalf of each Releasor and each Releasor’s heirs, successors and assigns, hereby grants to MAESTRO Sports, Enes Kanter and each of their respective agents, affiliates, successors, and assigns (collectively, “Licensees”) the irrevocable and royalty free right and license to record, edit, use and reuse, and to grant to others the right and license to record, edit, use or reuse, the name, voice, likeness, image, statements, actions, biographical data, poses, performances, and sound materials of Participant in all media throughout the world, in perpetuity including any videotape, audiotape, compact disc, still photography and any other means of exhibition, whether or not now existing, as a result of the Participant’s participation in the Activity for any and all purposes including, without limitation, in connection with the promotion or publicity of any sports camp and for any other commercial purposes; provided, however, that any such use shall not be a direct endorsement by the Participant of any particular third party product or service. In addition, each Releasor, on behalf of each Releasor and each Releasor’s heirs, successors and assigns, hereby waives all claims of whatever nature, and forever releases, remises, acquits, discharges and holds harmless each Licensee and each Licensee’s directors, officers, shareholders, partners, owners, agents, employees, and all other persons, firms, corporations, associations or partnerships associated therewith (collectively, “Releasees”), from any and all claims, demands, actions or causes of action arising out of or relating to any losses or injuries to the person, including death, or property, or both, of Releasor and/or Participant which may result, be sustained, or be received by Releasor and/or Participant as a result of or in any way related to the Activity and/or Participant participating in the Activity. Releasors agree to abide by the rules and regulations promulgated by Licensees and their respective agents, contractors, and employees with regard to Participant’s participation in the activity and agree that a failure to do so will, among other things, subject the Participant to dismissal from the Activity without reimbursement or recourse. The participant will not be allowed to leave the Activity facilities during the term of the Activity for which Participant is enrolled except in the event of a medical emergency. Releasors each hereby authorize the designees employed or otherwise engaged by each Licensee to act for each Releasor according to such person’s best judgment in any emergency that requires medical treatment to be administered to the Participant. Each Releasor understands that by signing this Agreement, each Releasor covenants and agrees that such Releasor, as well as such Releasor’s heirs, executors, administrators, successors and assigns, will never institute any suit or action at law, or otherwise, against any of the Releasees, or in any way aid in the institution or prosecution of any claim, demand, action or cause of action for damages, costs, loss of service, expenses or compensation for or on account of any damage, loss or injury, including death, either to Releasor’s and/or Participant’s person or property, or both, which may result from the Activity and/or Participant’s participation in the Activity or any other activity associated therewith. Each Releasor agrees to defend and hold the Releasees, harmless from any loss or damages, including attorneys’ fees and costs sustained by the Releasees, or any one or more of them, as a result of any Releasor’s rescission of this Agreement or of any Releasor’s breach of its covenants or agreements contained in this Agreement. Each Releasor acknowledges that by Participant participating in the Activity, each Releasor voluntarily assumes all risks and dangers known or unknown, foreseen or unforeseen, attendant to the Activity and/or Participant’s participation in the Activity. Each Releasor further agrees and represents that this Agreement contains the entire agreement between the parties relating to the participation of Participant in the Activity. Should any legal action or proceeding be commenced by any party hereto in connection with this Agreement, the prevailing party or parties shall be entitled to recover from the losing party the prevailing parties’ actual attorneys’ fees and costs incurred in connection with such action or proceeding. This Agreement shall be governed by and construed in accordance with the laws of the State of Illinois, without regard to any conflict of laws principles, and in the event of any dispute or claim relating to this Release, the parties agree to submit to, and waive any objection to, the exclusive jurisdiction and venue of the state and federal courts of the State of Illinois. The Releasor represents that he/she has read and fully understands the foregoing Agreement and voluntarily agreed to its terms by indicating approval through clicking on the “Yes, I have read and agree to the Terms and Conditions” box on the webpage without duress or undue influence.
Go to Top